The Importance Of Phytoplankton in Saltwater Aquariums 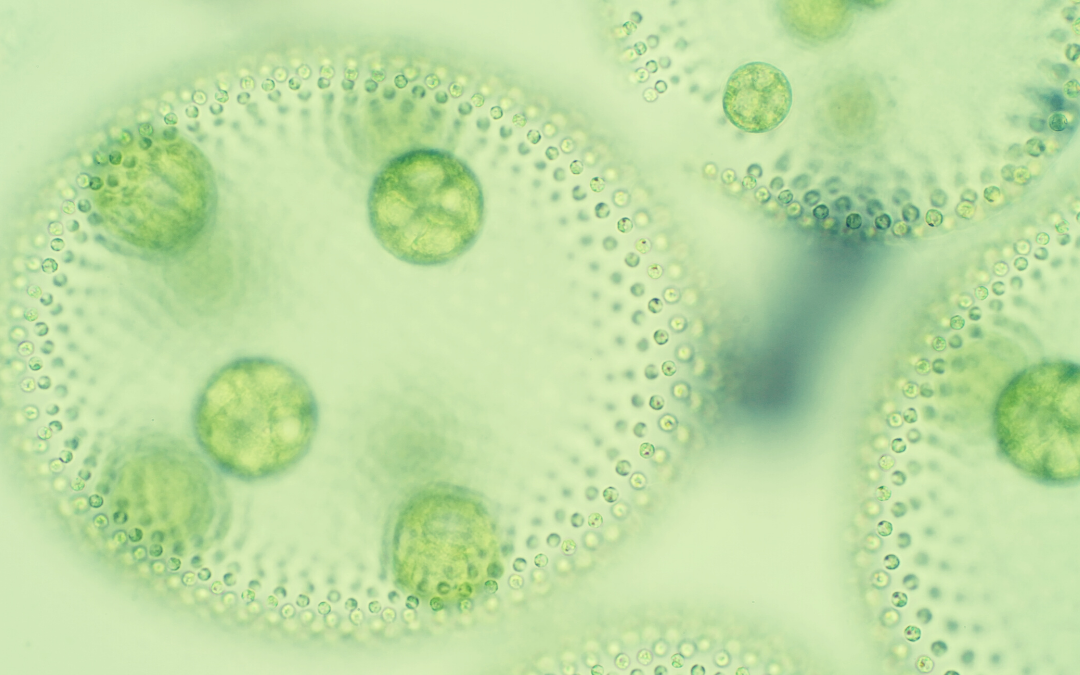 Phytoplankton are some of Earth’s most critical organisms, with critical roles both in the ocean and saltwater aquariums. Phytoplankton (also called microalgae) are small photosynthetic organisms (similar to single-celled plants) that form the foundation of virtually every ocean’s food web. Essentially, phytoplankton makes most other ocean life possible. On top of that, phytoplankton is responsible for generating about half of the world’s atmospheric oxygen, equal to the contribution from all the Earth’s land plants.

They are an essential part of the Earth’s carbon cycle too, transforming inorganic carbon in the atmosphere and water column into organic compounds through photosynthesis. Phytoplankton also plays a crucial role in removing harmful carbon dioxide from the atmosphere, as they take in carbon dioxide as part of photosynthesis, then when they die they sink to the bottom of the sea floor, carrying this atmospheric carbon with them.

Their growth is limited by the amount of available iron in the ocean, which has led to research into whether we should fertilize large areas of the ocean with iron in order to promote phytoplankton blooms to help increase the amount of harmful carbon dioxide being taken out of the atmosphere and buried in the deep sea.

Phytoplankton absorb, transform and then recycle waste elements in the ocean as well, making them a critical part of biogeochemical cycles in the ocean. The recycled elements help support other species and help to continue to keep vital nutrients available across ocean food webs. This is particularly important in nutrient-poor areas such as the open ocean, where phytoplankton can scavenge and release scarce vitamins and other micronutrients that help sustain other marine life.

What Role Does Phytoplankton Play In Your Home Aquarium?

Like the water found surrounding coral reefs, the water in your home aquariums should also always have a healthy phytoplankton population. In your aquarium, phytoplankton is important for many reasons. Primarily, it provides a great natural food source. Throughout most of their life cycle, especially during the larval stage, fish heavily rely on phytoplankton as a key food source. Corals also use phytoplankton as food, on top of using their associated zooxanthellae to provide energy and nutrition via photosynthesis.

Many coral reef animals such as clams and other sediment feeding mollusks, soft corals, sponges, feather duster worms, tunicates, copepods, and other zooplankton (including invertebrate larvae) feed directly on phytoplankton for all or at least some of their diet. As well as a key source of food, the many forms of phytoplankton help break down the organic matter in your system and recycle it. Once recycled, this makes nutrients available to species such as amphipods which will scavenge on the detritus and waste material. Through this process, they contribute to the important carbon cycle of your marine aquarium.

In addition to being a food source and carbon cycling, phytoplankton will also increase the stability of several water parameters including your pH, dissolved oxygen and carbon dioxide. Phytoplankton will actually help increase the dissolved oxygen, and to a lesser extent the carbon dioxide (needed for plant and microalgae growth), available to the occupants of your reef aquarium.

There are several ways you can easily encourage or discourage phytoplankton growth in your aquarium. Skimmers and filters are both commonly used to remove any free floating organic matter, which will remove phytoplankton directly and removing their source of food. Do consider whether a skimmer is necessary though, as many species such as corals, clams, oysters, mussels, tube worms, larval fish and anemones, will feed on the phytoplankton that would normally be removed in the filtration process.

There are many species that will benefit from adding phytoplankton to your reef tank such as feather duster worms, clams, gorgonians, soft and stony corals, zoanthids and mushroom corals, anemones, shrimp and crabs. Providing liquid phytoplankton also provides a good food source for zooplankton to further help your tank’s food chain. Using liquid invertebrate food as a supplementary diet will provide additional nutrients to your reef aquarium, which is particularly important if you have a lot of corals or other invertebrates.

The drawback of providing this additional food is that it can compromise your tank’s water quality if not used properly. You will need to determine the dietary requirements of your particular invertebrates to create a proper feeding regimen that maximizes the benefit of liquid invertebrate food.

As with any feed regimen, it is important not to overfeed your invertebrates. Liquid invertebrate foods are nutrient-rich solutions and untreated parts will break down and result in poor water quality in your tank, which in turn leads to aggressive algae development. It is easy to over-feed with liquid foods, particularly in reef aquariums containing fish and with a sparse population of corals or invertebrates. To avoid this, there are two approaches that you can utilize:

Use it in small quantities and remember liquid invertebrate foods that are only supplementary. Whenever you are feeding your fish, you are also feeding your invertebrates indirectly, so don’t go overboard.

Using a pipette or a clean medicine dropper you can squirt a small amount of the liquid food in the immediate vicinity of the invertebrate you are aiming to feed. This minimizes food waste without overfeeding, and the food will be utilized more efficiently.

We recommend our Phytoplankton feed, available in 4, 8 and 16oz sizes. This will give the maximum benefit to your marine invertebrates.