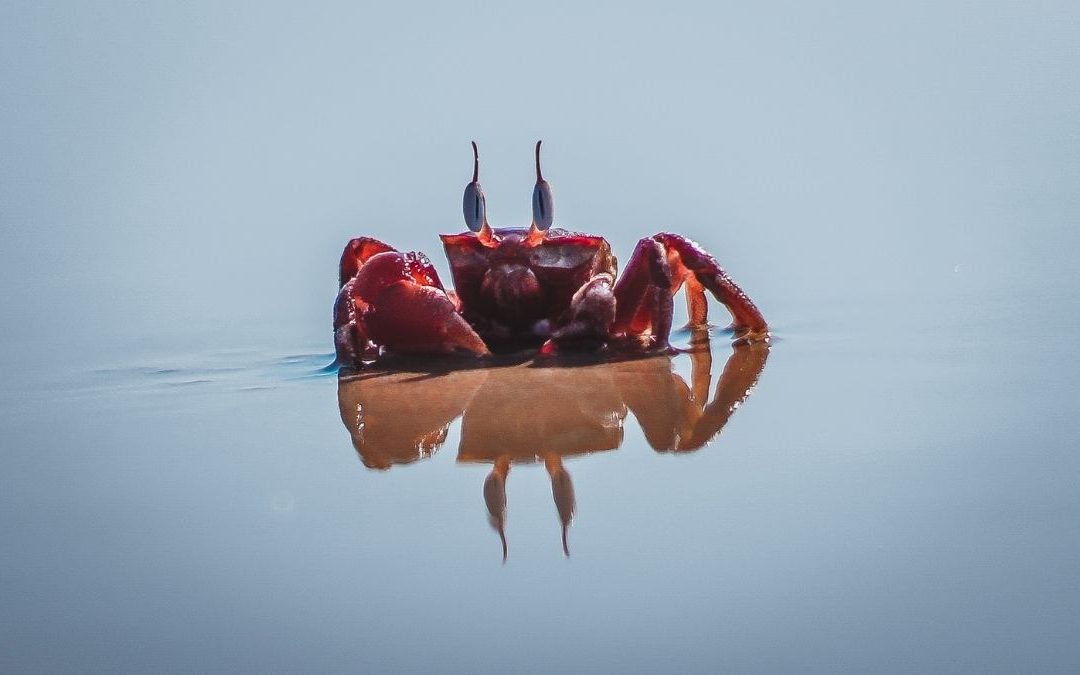 The ocean floor brims with a plethora of different creatures. Housing flora and fauna in all shapes, sizes, colors, and functions, the ocean floor is one of the richest and most diverse ecosystems in the world. One main habitant in this varied and fascinating setting is the humble crustaceans. We may often think of crustaceans as unassuming, unsurprising creatures that make for delicious seafood snacks. But, we know very little about their lives. They offer a huge variety of species and amazing characters that can be a great fit for your saltwater aquarium.

Crustaceans range from decapods to stomatopods and include a plethora of creatures including crabs, shrimp, lobsters, and crayfish. They are found in both fresh and saltwater and also feature many interesting physical characteristics. A bony gill plate and a curled up but elongated body, exoskeletons, pincers, unique hunting methods, incredible movement, and ability to sustain many changes, these creatures are adept at perusing the ocean currents, looking for food, and surviving.

They play a crucial role in fortifying the marine ecosystem because of the close relationship they form with coral reefs. They are widely found in close proximity to dense reef beds and live their entire lives amongst corals. They also consume the algae that plague corals and help in housekeeping! They lead fascinating lives with different species serving a very particular function.

In this post, we will learn about some of the most abundant and fascinating species of crustacean and learn more about their life cycles, diet, distinguishing characteristics and what makes them such amazing creatures.

First, let us take a look at the amazing Peppermint Shrimp

The peppermint shrimp is a wily, smart, and functional shrimp species that has some great characteristics to observe. They have become a staple in the saltwater aquarium trade and are perfect for the aquarium for their many uses.

They come from a family of Hippolytidae and hail from the shallow waters of the Caribbean Sea. These fascinating creatures are beautiful and hardy and are considered to be cleaner shrimps for any saltwater aquarium setup. Aggressively targeting aiptasia and other algae that can plague tanks, these shrimp have earned the reputation for being a reliable pest deterrent.

Peppermint shrimps are known by different names -The Candy Crane Shrimp, Caribbean cleaner shrimp etc. Some of these names originate because of its color and unique appearance. They have a semi-transparent appearance with a creamy reddish exoskeleton and long red lines that run along the length of their body.

When the Peppermint shrimps stress out, they almost immediately lose some of their colour and become completely transparent. This aids camouflage and helps them escape imminent danger as they disappear between rock crevices and become translucent, which in the water makes them almost invisible to the hungry eyes of a predator.

They are one of the most beautiful invertebrates you can have in your saltwater aquarium, with their attractive colors and their functionality. When they are fully grown they can measure up to the size of 2 inches.

The Peppermint shrimp looks for food in the bottom of the tank by sifting through the sand and rocks. Peppermint shrimps are nocturnal and they feed at night and they also have the ability to instinctively hide from predators during the day time.

Peppermint shrimps are reef safe, but when you don’t know what kind of shrimp you are adding into your saltwater aquarium, it could cause a bit of trouble for your corals. More often than not for an untrained eye, it is easy to confuse the Atlantic Peppermint shrimp and the Gulf and Caribbean Peppermint shrimp both of which are not exactly reef friendly.

Just like any other invertebrates, Peppermint shrimp also needs to molt which means they have to shed the shell/exoskeleton to grow. The frequency of molting depends upon the size of a peppermint shrimp. They molt more when they are young and molt only when necessary when they reach full size. You also have to make sure not to throw away the old shell as they will eat it later to restore calcium in their body

They are omnivorous and they will feed on food debris, detritus, dead fish tissue, and organic material in decomposition, etc.

They usually look for food in an aquarium which makes them easy to feed. You do not have to add a specific feed for them, just increase the quantity of your normal tank feed and these shrimp will be happy!

Since they are easy-going and display great temperament they are extremely reef safe. Their beautiful coloration and ability to consume AIptasia (glass anemones), a particularly hard-to-rid-of saltwater aquarium pest, makes them all the more useful in a saltwater aquarium.

Aiptasia is one of the most undesirable forms of pest that you can come across in your aquarium. They rapidly reproduce in saltwater aquariums and they can even spread all across your aquarium rather easily.

Peppermint Shrimp loves to eat Aiptasia anemones, so if you were to add a few Peppermint shrimp to your aquarium they will hunt down and consume almost all the Aiptasia anemones in your saltwater aquarium. It is the easiest way to get rid of your pest problems without the use of any harmful chemicals.

Even though they are called the Mantis Shrimp, they are not exactly related to other shrimps. They are distantly related to lobsters and crabs but are referred to as shrimp because of their front appendages and how they use them to capture their prey. Scientists have given these creatures the nickname “Shrimp from Mars.’

The name Mantis Shrimp comes from their appearance and also due to the fact that they have the same hunting characteristics of a Praying Mantis. When it comes to how they hunt their prey, they use their claws in a variety of ways. The front appendages can either slice their prey or smash it. In aquariums, they are known to cut off fingertips or permanently damage the hobbyist’s hands.

Mantis Shrimp has enough power to crack open calcified shells of snail or crab and some can stab other fish with surprising ferocity. This makes them tough to handle in aquariums. But in nano tanks, if you want to experiment with a new kind of creature to observe, the mantis shrimp can do well with a sparsely populated tank when well-fed.

Just like other shrimps, they are also burrowers and have the ability to create tubes or cavities within the sand. They also have the unique ability to adapt to live within cracks and crevices in rocks. They might also take up residence in snail or hermit crabs shells as well.

Mantis Shrimps are ruthless predators no matter where they live, either in the wild or in a saltwater aquarium. Their behavior depends on the species you have, ‘Spearers’ Mantis Shrimp are very clever and they scan their environment from their hidden spots and attack their prey by surprise attacks.

In captivity, it is best to feed them with frozen mussels, prawns, scallops, clams, squid, crab, and various fishes. On the other hand, you can also include different shrimp, fish, snail, and abalone species in their diet to ensure their health.

Note: You have to make sure to use forceps while you feed in your Mantis tank, as they can injure your finger if you were to use your hands to feed.

These crustacean species show you the variety these bottom-dwellers have to offer. They offer so much range. You can choose a docile cleaner or an aggressive predator, depending on what behavior you want in your tank! They come in a wide range of shapes and sizes and can all add something unique and amazing to your saltwater aquarium.