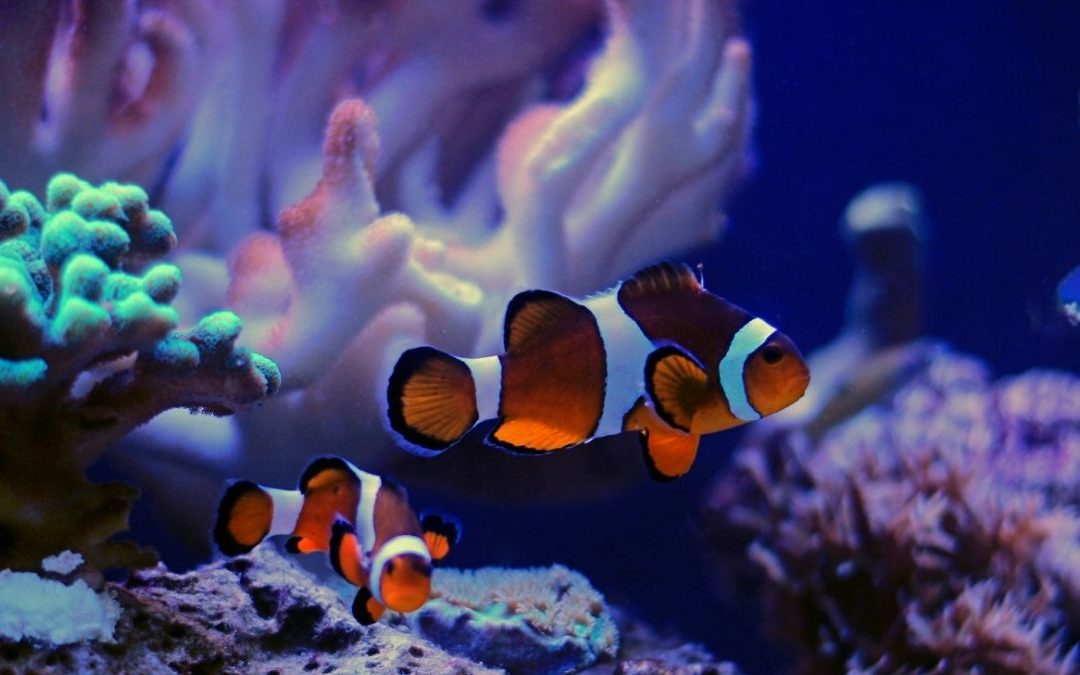 The biggest struggle for a coral reef hobbyist is surely trying to determine which fish are the best reef-safe fish. The last thing a reef keeper wants to do is introduce an unfriendly reef fish to a peaceful saltwater aquarium, especially if that fish will cause damage to the corals in the aquarium.

Many saltwater fishes have the ability to tear up corals and destroy the other tank inhabitants, and although fish that are considered safe for reefs exist, it is important to remember there are rebels in each species, and if the new addition does not work out, make sure to remove it before it causes serious damage.

What Makes A Species Reef-Safe?

A coral reef environment is a living entity consisting of live organisms and marine invertebrates. It functions as an ecosystem, and requires a certain balance to survive. Some saltwater fish are simply not compatible with this delicate ecosystem, as they might feed on marine invertebrates and small fish species, or dig through the tank substrate, disturbing the corals and other tank inhabitants. A reef-safe fish is therefore a saltwater fish species that will not consume the other tank inhabitants, destroy the corals or behave aggressively.

How Do You Know If A Coral Is Being Attacked By A Fish?

If a fish is persistently picking at a coral, the fish and coral should be separated, as it can be assumed the fish is causing harm to the coral. However, there are also less obvious signs of abuse that reefs display. If a coral’s polyps do not expand, it is possible that a fish has been nibbling on them.

Unfortunately, accidents do happen too. A fish that does not nip at the polyps might accidentally (or sometimes intentionally) knock over or dislodge a reef structure, which might result in irreparable damage.

It is therefore important to make sure you research a fish species’ feeding habits and behavior, to make an informed choice about reef-safe saltwater aquarium fish.

Most Gobies make excellent reef aquarium fish, however some species have been observed to eat small ornamental crustaceans. Gobies are not aggressive in nature and can coexist with other tank inhabitants. Gobies fall into three basic categories: Sand sifting gobies, shrimp gobies and small gobies. Here are some ideal gobies for reef aquariums:

The Banggai Cardinal (Pterapogon kauderni), also known as Kaudern’s Cardinalfish, is a peaceful fish, however pairs that have not mated should not be mixed, especially when placed in a smaller tank. Their striped and spotted appearance brings a new dimension to any tank. Although this species is slow to take to human-made flakes and pellets, they will eat at designated feeding times when they get used to the feeding schedule.

The Pajama Cardinalfish (Sphaeramia nematoptera) is a hardy species, originally from the Great Barrier Reef and western Pacific Ocean. It is a peaceful fish that swims along other fish in the reef tank, however some aggression has been observed in smaller tanks when they split off into pairs while breeding.

The Orchid Dottyback (Pseudochromis fridmani) is also known as the Strawberry or Purple Dottyback. They are easy fish to care for, as long as you provide hiding spots for them in the tank. Due to their small size, Dottybacks are often the prey of choice for Lionfish, Eels and Snappers, so it is best to avoid mixing them in a reef tank.

The Black Molly’s (Poecilia sphenops) hardiness and low maintenance requirements has made it a favorite fish for reef aquarium keepers. An important factor to keep in mind is to ensure the male:female ratio is balanced in the tank, as females may get harassed when outnumbered by males, and males may develop aggression among themselves.

Due to the bright purple and orange coloring, the Royal Gramma (Gramma loreto) is one of the most vibrant species to feature in a reef aquarium. These fish are hardy and not easily infected by diseases, and get along with the other tank inhabitants. This, along with their accessibility and long lifespans, make them a great fish for first time reef aquarium owners. The Royal Gramma likes having a space to hide, so ensure the aquarium has many nooks where this fish can take shelter.

The beautiful neon blue stripes on the Mandarinfish make them a dazzling addition to any aquarium. Mandarinfish spend most of their time swimming peacefully around the bottom of the tank, and coexist with other fish species. Males can however still fight among themselves, so it is best to pair off these fish, or keep them on their own. Here are a couple of species:

Blennies are easy to keep, as long as the aquarium has different size rocks and stones to provide hiding spots. Blennies rarely cause damage to corals, unless the fish is underfed, which will result in them nibbling on fleshy parts. Although peaceful to most other fish in the tank, blennies do tend to fight with other blenny variations, as well as dartfish. Here are some species:

Aquarium owners always appreciate the wrasse, since they eat pests like bristle worms, flatworms and pyramidellid snails, and if given the chance will eat the parasites off of their tank mates’ scales. Some wrasse species, like the Six Line Wrasse, may be aggressive, as they often bully introverted fishes, like other wrasse species, Grammas and Firefish. Here are some species:

When first introduced to an aquarium, the Azure Damselfish (Chrysiptera hemicyanea) will appear shy and passive, however over time it will begin darting around the entire tank. This fish loves an aquarium with plenty of corals, rocks and decorations. Azure Damselfish are great beginner fish, due to their hardiness and tolerance for lower water qualities.