Sexy Shrimp: Add Oomph To Your Tank With These Cute Crustaceans 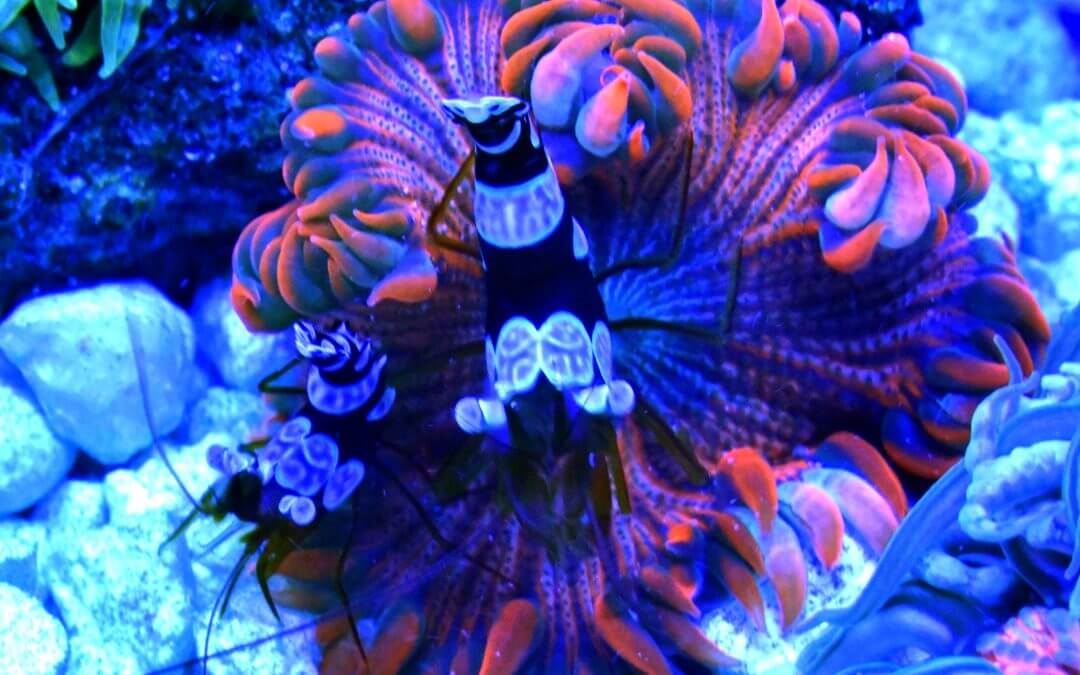 When visualizing the perfect saltwater tank, all aquarium hobbyists like to imagine a tank full of different, fascinating marine fauna that exhibit a range of behaviors and are a delight to observe and marvel at.

The sexy anemone shrimp is one such creature that aquariums all over the world consider must-have’s, just because of their extremely unique and mesmerizing movement and brilliant, bright coloration.

Sexy Shrimp (Thor Amboinensis) is a small shrimp species that grow to about 0.5 – 1 inch in length. Though small and delicate – they will quickly become the cynosure of any tank. Their intriguing name aside, their behavior, demeanor, and personality make them an extremely affable and gorgeous marine pet to have and care for.

They are extremely docile creatures and love to laze around scavenging at the bottom of the tank or nestled in anemones for protection from larger shrimps. They also tend to be active throughout the day, giving you chance to observe them for extended periods without them rushing behind corals or hiding in small crevices. If you have anemones, the sexy shrimp will quickly become their best friend.

They also leave your fish alone and are generally a very friendly tank inhabitant. The only thing to keep in mind is that you have to acclimatize them slowly to the tank environment, with a buffer similar to the water they previously lived in. Slowly increase the time they spend in your tank and do not just drop them into a new environment from day one.

Another specialty of the sexy shrimp is that they are extremely versatile. Because of their size and diet, they are just as comfortable in a large tank as they are in a nano tank. In fact, they are a very popular species amongst those who own a nano tank setup. This is because they are much smaller than the other common crab and shrimp species and perform the same function in the tank. 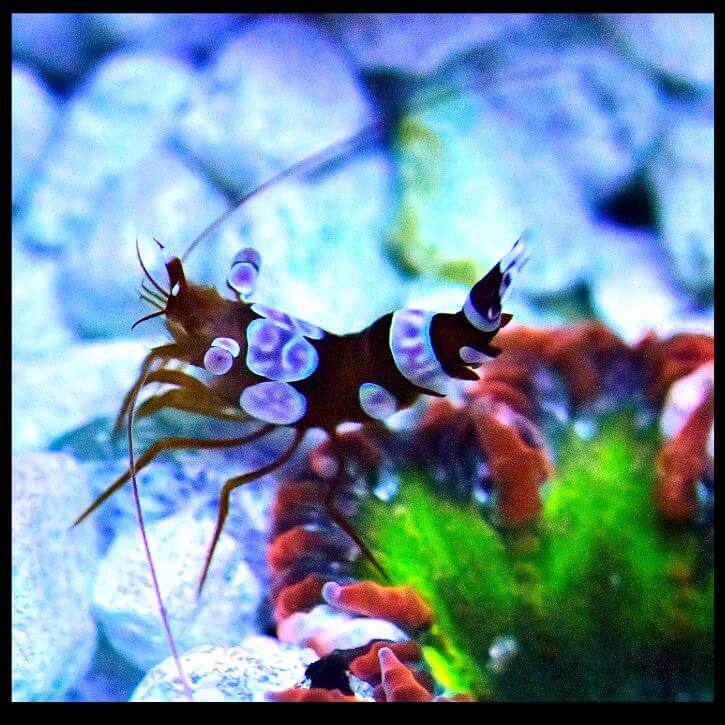 They also do well in tanks with a lot of rocks and anemones. Anemones are their best friend because sexy shrimp are not the best when it comes to self-defense. Other bigger and more aggressive species of shrimp, like the Coral Banded Shrimp, often attack and kill them. But Anemones provide a natural defense once the sexy shrimp and anemones create a bond. Anemones naturally repel Coral Banded Shrimp but do not sting Sexy Shrimp since they clean the anemone’s tentacles of pesky organic matter left over from the fish and reef feed.

Sexy shrimp do well with a range of carnivorous foods. They are versatile when it comes to the diet, they are comfortable with frozen shrimp and fish feed and also a variety of blended organic matter and store-bought carnivorous fish feed. Since they spend the majority of their time scavenging, mixing up your finely blended frozen feed with slightly larger lumps that sink to the bottom is a good idea.

Being a voracious feeder, they can go through a lot of food and quickly deplete the tank. Just add a little extra every day to keep them happy and well-fed.

Since they are highly social creatures, having multiple sexy shrimp is a great idea. Once they form mating bonds and have a loosely-linked colony of sexy shrimp around them to feel safe, they can live for up to 3 years. They will quickly become your favorite reef dwellers. Their bright orange exterior with hypnotic white spots all over makes them easily identifiable and their beautiful gait and utility make them one of the best tank additions you can find.