Feather Duster Worms: Add a dash of Color With These Gentle Filter Feeders 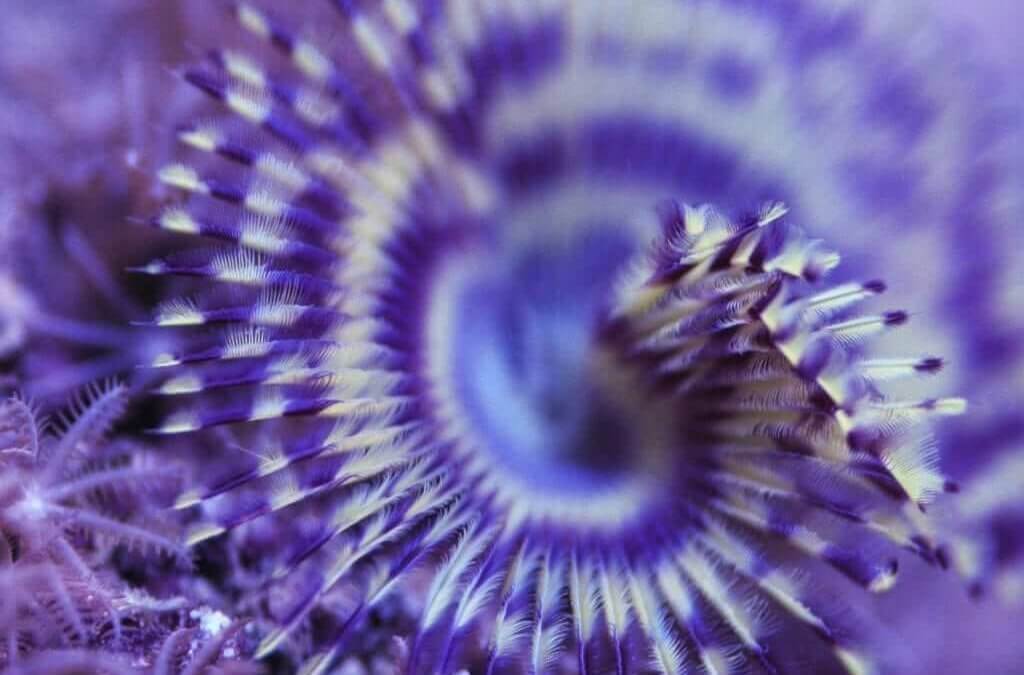 Feather Dusters worms are some of the most interesting creatures you can have in your aquarium. Beautiful and hypnotic, their day-to-day behavior, and way of life is just incredible to observe. Not only that, even though they are mostly stationary creatures, their movement in the tank adds a dynamic presence that is different from every other creature you can have.

It is important to note that feather dusters that you might have seen in tanks or on videos are often observed in their ‘home’. Like spiders or birds, these worms build their cocoon or tube to climb into and then bloom their ‘feather-like’ radioles or crown outside to catch debris and organic matter floating by in the currents.

What makes this species fascinating is that, even though they are an almost stationary worm species, they are revered for their beauty. They add a ton of color and character to the tank that it is impossible to believe that they hardly ever move from place to place.

What Is The Feather Duster’s Shell Made Of?

For protection and safety, these worms build a robust shell around themselves and spend most of their lives inside them. Though they might go through many shells in their lifetime, they are completely out in the open for very small periods and often get cracking on a new shell once they have abandoned the old one.

They secrete a mucus-like substance that they then use along with tank debris and organic matter to create a robust and safe tube that they crawl into. Inside this shell, their natural predators cannot reach them. Once they are into this shell, they tend to keep building and extending it further into the ocean or tank surface by burying in downwards or into the surfaces of soft rock crevices. This makes them extremely hard to reach and is a great way to keep safe for a soft worm.

So, you might be thinking that a feather worm that buries itself into a shell might not be the best tank addition. But, these amazing creatures are filter feeders. Meaning they catch small pieces of organic matter floating in the oceanic currents near the bed.

To do this, they reveal a brightly colored crown or appendages known as radioles. They are a group of cylindrical projections resembling an underwater feather duster (hence the name). They are described as having small two-edged comb-like projections on the microscopic level. These appendages/tentacles slowly swish and swirl in the currents and the tiny comb-like projections catch any organic matter floating by.

Feather DUster worms are brilliantly colored ranging from a hypnotic white to a bright, almost fluorescent neon purple. Because the crown pulsates and sways in the water, they look marvelous and people love looking at them for a long time contemplating the existence of these fascinating and beautiful creatures in an almost meditative, enchanting experience.

They do well in tanks of any size. As long as they have plenty of reefs and rocks to nestle with, they will do fine. They need a nice comfy layer of aquarium substrate at the bottom to bury into and a medium to strong current in the tank as this helps mimic their natural environment the best. They are found in the sandy areas of the reef as this helps them secure their shells the best.

Also, they feed on plankton and organic matter that floats in the tank. You do not need to include any special food for them as your fish and reef feed will do just fine. They are happy just boobing around the currents all day catching stray organic matter that is floating around.

Also, when you receive your shipment containing the feather duster, they might shed their shells as there is no substrate in the shipment container. Do not panic. Just discard the old shell and put them at the bottom of a buffer tank and cover them partially with substrate, They will form a new shell soon. Also, they tend to molt their feathers but this will regenerate quickly enough.