How To Look After Sea Sponges 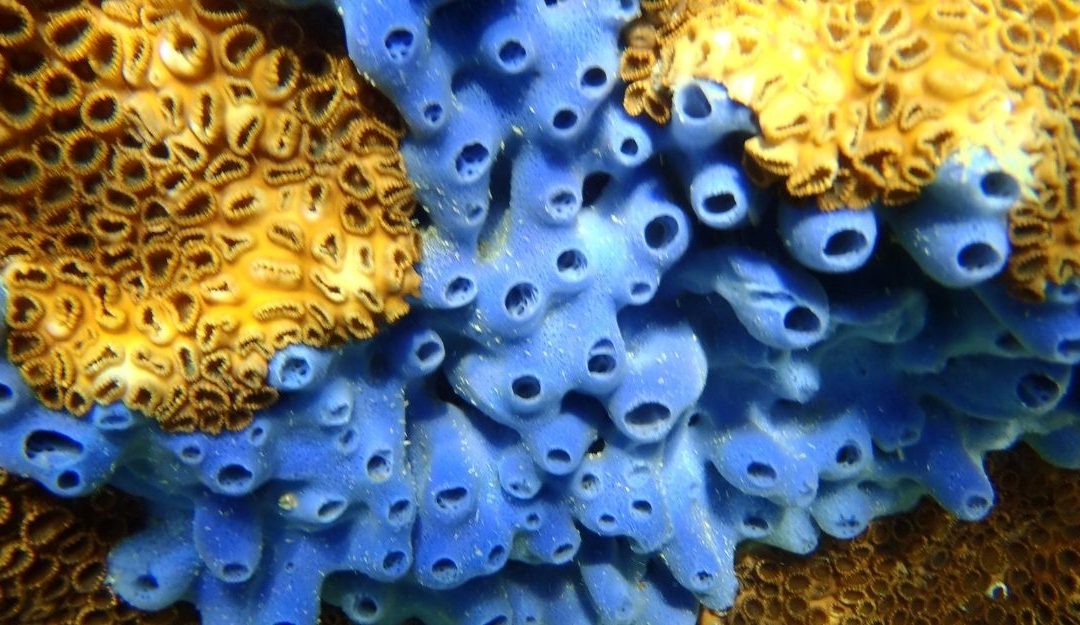 There are so many interesting creatures that you can have in your saltwater aquarium, and sea sponges are one of them. They are found amongst coral reefs in the wild and are sometimes confused with corals. However, these creatures are actually pretty different from corals, with their own wonderful ways of living.

So what exactly are sea sponges, are they appropriate to have in saltwater aquariums, and how easy are they to look after?

What Are Sea Sponges

According to The National Oceanic and Atmospheric Administration, sea sponges are immobile invertebrates that have dense, porous skeletons. They are multicellular organisms and have pores and channels in their bodies through which water can travel. They are pretty simple creatures and lack nerves and muscles. Unlike corals, they do not have any tissues. They do not have a digestive system and rely on a constant water flow in order to get nutrients. They filter water through their body and take their food this way, feeding on tiny plankton.

There are more than 8,000 species of sponges that can be found in the wild, and come in so many interesting shapes and colors. They also are pretty good at adapting to their surroundings, being able to live on rockwork or soft sediment.

Because of their uniqueness and how they look, many saltwater aquarium hobbyists choose to have them in their tank. However, they can be pretty hard to look after in an aquarium setting. Many hobbyists find that their sea sponges will die quickly, and a lot of enthusiasts have sworn off sea sponges altogether, claiming that they are a liability to reef tanks. This is also because they will compete with corals for nutrients and trace elements, and for a lot of enthusiasts, corals are the main reason for having a saltwater aquarium. However, sea sponges in moderation can be good for the biodiversity of the tank.

If you are set on bringing sea sponges into your saltwater aquarium, it is good to know why they often die in a tank setting. In knowing these things, you can learn what to avoid in order to protect your sea sponge.

A Lack of Water Movement

Sea sponges need a strong water flow in order to live. They survive on the nutrients and elements that they get from the water as it flows through their body. The water also removes the sea sponge’s waste.

A lot of aquarium fish see sea sponges as a tasty snack. Species such as angelfish and triggerfish are known to devour sea sponges ferociously. If you are wanting to add a sea sponge into your saltwater aquarium, be aware of what fish you have and if any might want to eat the sea sponge. Certain invertebrates are also known to eat sea sponges. If your tank includes species that will eat a sea sponge, there will be no hope in adding one to your aquarium. It will just get eaten!

Sea sponges can get ill and die from being exposed to air. This is because, when exposed to air, the water in its body will drain out and be filled with air. When the sea sponge goes back into the water, the air will still be trapped in its body. These air bubbles will then kill the cells around them, and then these dead cells will then go on to kill more cells.

If a sea sponge comes out of the water and is exposed to air, it will most likely die, even if the exposure is short.

How To Look After Sea Sponges

Now we know how sea sponges die, let’s look at how we can make them live, too! As you can see, they are pretty sensitive creatures. However, once you get them going and learn their needs, they can be a fantastic part of your saltwater aquarium.

Sea sponges need a tank with a strong and turbulent water flow and adequate lighting. Sponges are sensitive to light, so place them in a shady spot. A deep sand bed and rockwork is a great environment for a sea sponge.

When you get your sea sponge, you will need to slowly acclimatize it to your tank and we advise you to use the drip method. Remember to be really careful to not expose the sea sponge to air.

When placing the sea sponge into your aquarium, make sure it is directly in a current where the water flows around and through the body. A flow that comes from different directions is better as it allows water to flow through all of the sea sponge. Do not place the sponge near other sponges or coral, and give it enough space to thrive. It is really important for all your marine life to have their own space as to not harm each other.

After placing the sea sponge into your tank, watch the sea sponge carefully and look out for any decay or bubbles that might have occurred by air exposure in transit or placement. If you can see any decay, carefully cut it out with a knife. This means that it won’t affect the rest of the sea sponge.

Because they run the risk of starving to death, it is important to add food into your aquarium that is appropriate for sea sponges. Adding zooplankton, phytoplankton or marine snow means that they have access to nutrients and food they might be able to eat. You may also want to stir the substrate in order for nutrients to be released into the water.

Are You Up For The Challenge?