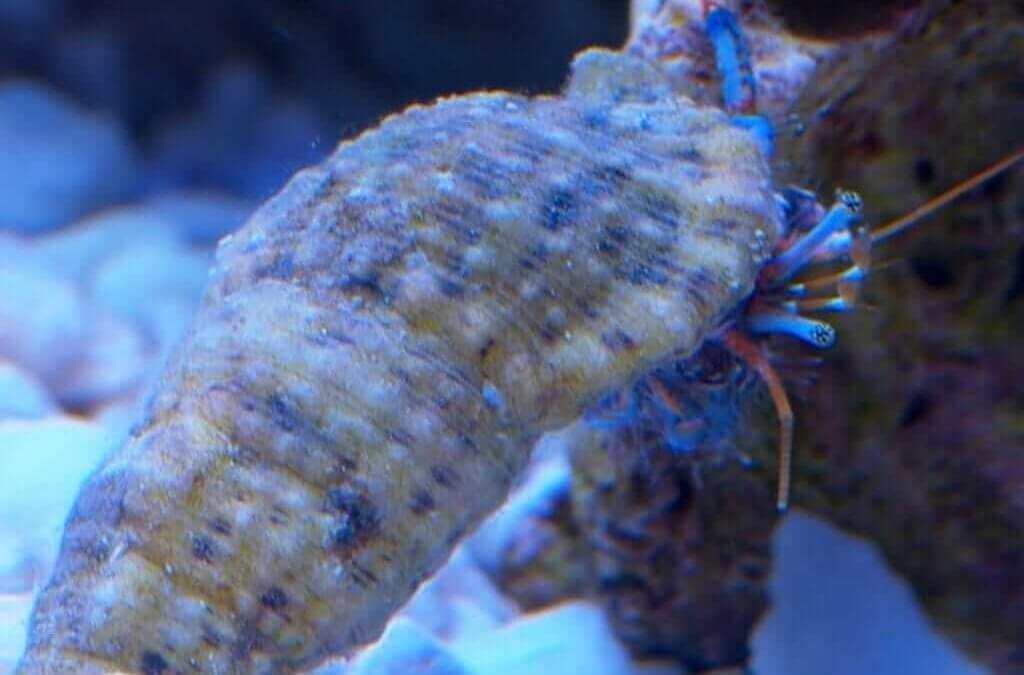 Have a nagging algae problem in your tank? Thinking about adding a dash of color to your set-up? The Blue Leg Hermit Crab might be the solution to both your needs. Also known as Clibanarius tricolor, these beautiful crustaceans are quickly becoming synonymous with algae control in modern-day saltwater tanks.

These tiny crustaceans have become crucial reef additions in recent years, with growing popularity amongst saltwater aquarium hobbyists. As people search for more energy-efficient and economical ways to clean the tank, blue leg Hermit Crabs emerge as a natural choice.

They are omnivorous scavengers that will graze the bottom of the tank, gulping down any left-over plant and animal matter that your fish missed during a feed. Plus they live in their own shell which is extremely cute and unique behavior to observe in an aquarium setting.

They are small, which allows them to reach the spaces between rocks and corals in the tank and siphon off the algae that grow in the smallest crevices. This makes them extremely useful as they feed on both algae and the organic matter that algae grow on. This unique combination stemming from their omnivorous diet makes them an extremely powerful algae deterrent.

They also rid your tank of pesky cyanobacteria. These Blue Green algae can cover your aquatic plants and cause mass wilting. Just a few blue hermit crabs can help solve this problem. By keeping the plant life in the tank healthy and aerating san substrates at the bottom of the tank, they help promote good circulation and healthy bacterial growth.

How to Feed and Care for Blue Leg Hermit Crabs

Blue Leg Hermit Crabs are very low maintenance creatures. They are very shy and docile creatures that do not show aggression towards other inhabitants of the tank. Their evenly sized pincers are used as a tool for feeding and not for self-defense. 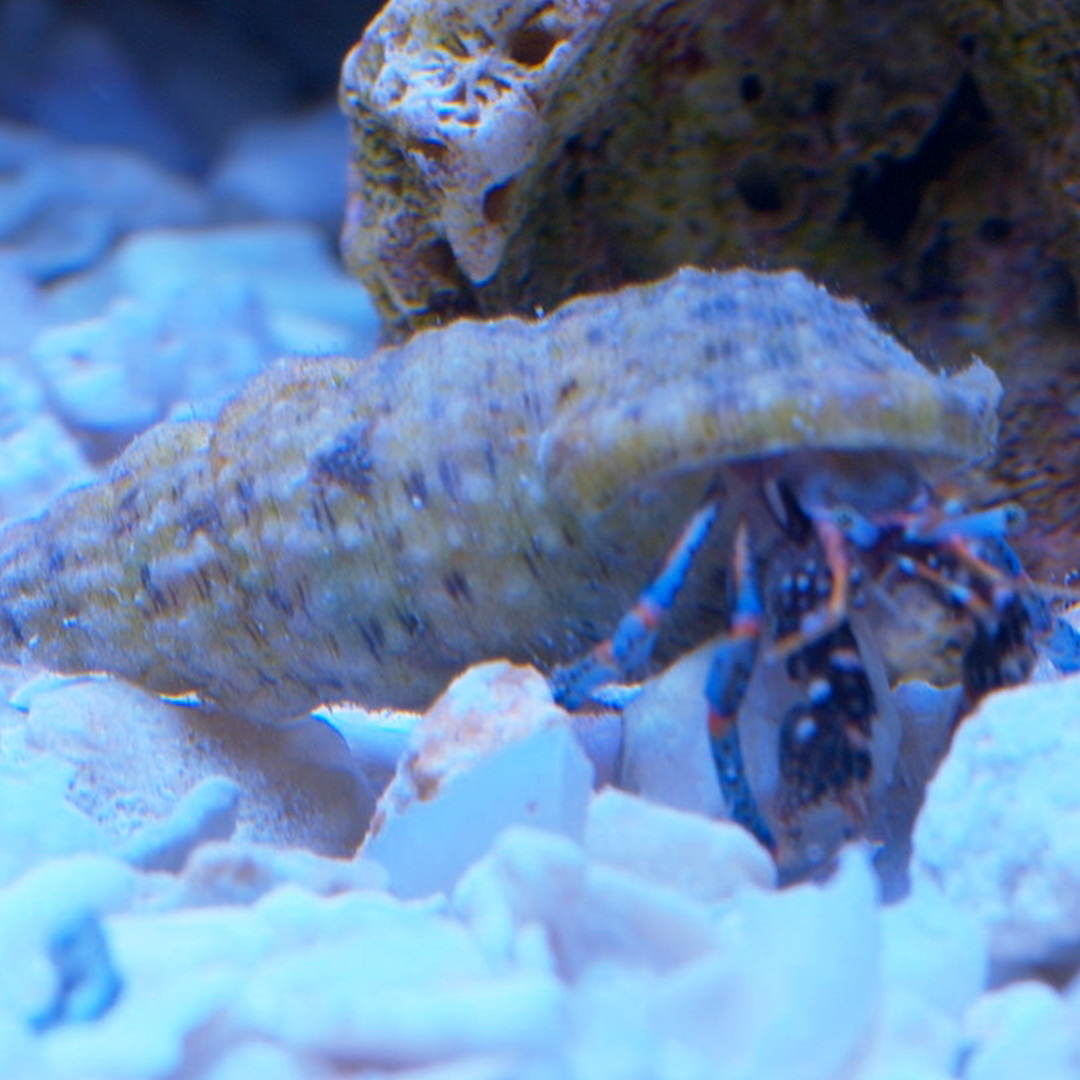 The crab uses snail shells or other medium-sized conches as their home. Without suitable shells, they scrounge the tank for a place to live and sleep. Hermit crabs often switch shells, So make sure that there are a few suitably sized ones lying around the tank for them to find. Without the protection of a hard shell, these soft-bodied crabs tend to hide behind reefs and remain elusive, which some tank owners might not want.

They are omnivores and can feed on a range of algae, seaweed, and also tiny bits of shrimp and fish. They are very easy to feed as a little extra frozen shrimp feed for your fish can be used to feed them as well. Monitor the algae levels in your tank. Based on this, you might want to carefully choose the number of blue leg hermit crabs you want. This is because once they run out of algae to feed on, they could face malnutrition problems easily. Just a diet of frozen shrimp or other organic matter does not suffice as algae and other plant material makes up a large portion of their daily nourishment.

Also, they love being a part of a group to exchange shells and also gain comfort from each other when feeding as a part of a group. Even in the oceans, they are often found living near other blue hermit crabs as this helps in protection and also finding a mate.

If you are looking for a way t prevent algae and adding a splash of color and some diversity to your tank, the extremely adorable and efficient Blue Leg Hermit Crabs are the way to go. They give your reef a dash of life and personality and are undeniably adorable additions to any saltwater aquarium setup.